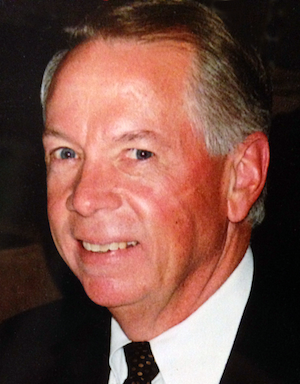 Robert Stanley "Stan" Henderson, age 70, died in Southlake, Texas on November 23, 2014, from complications related to cancer treatment. Born in Canadian, Texas, he spent his childhood in Amarillo, Oklahoma City and then Denver, Colorado, where he graduated from South High. He graduated from the University of Colorado, Boulder in 1970.

In 1965, while in college, he joined Trans World Airlines as a part-time ticket agent. Given military leave from TWA from 1966-68, he served in the United States Army as a helicopter pilot with primary flight duties in South Korea. He also trained and instructed helicopter pilots at Ft. Rucker, Alabama.

During his long career at TWA he held numerous positions in In-Flight Services and Training. In 1996 he was promoted to Vice President of Financial Planning and Analysis, and in 1999 he became TWA’s Chief Operating Officer.

He married Pamela Tewell in 1984 and they travelled the world. They lived in Kansas City and St. Louis prior to moving to Southlake, Texas. Stan was a great Dad and very proud of his son, Webb Henderson, of Denver, Colorado. Stan loved his life, family and friends. He enjoyed playing golf, gardening and was a master woodworker. He also leaves his mother, June Morgan, two sisters, Carol Gray and Thisha Kenny, and stepbrother, Bill Morgan, all from Denver, and his brother Paul Henderson of Flat Rock, North Carolina.

A private service was held in Denver, Colorado. In addition, a celebration of Stan's life was held in January. To view a lovely video tribute, shown at the celebration, click here.

Condolences may be sent to:

In lieu of flowers, the family requests that you do something special or kind for someone you love in Stan's memory