Margit Gude, who was Guenter's wife, sent us seven wonderful pictures from his

scrapbook, which we post here in fond memory. The first four are from Guenter's early

TWA career, working on the ground at Frankfurt. If anyone recognizes the hostess

or fellow ground workers in the other two images, contact Jon Proctor and we will add

their names to the captions. 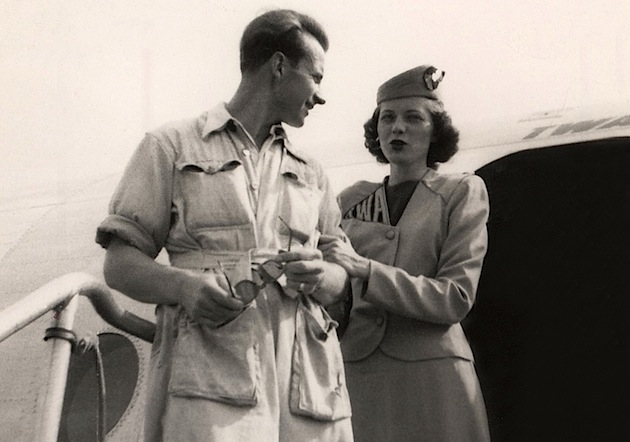 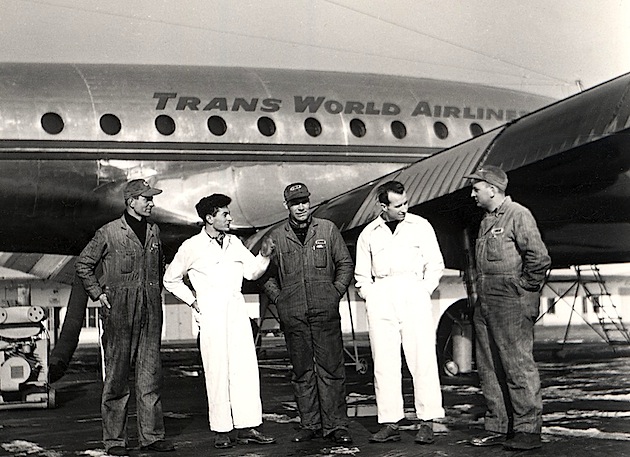 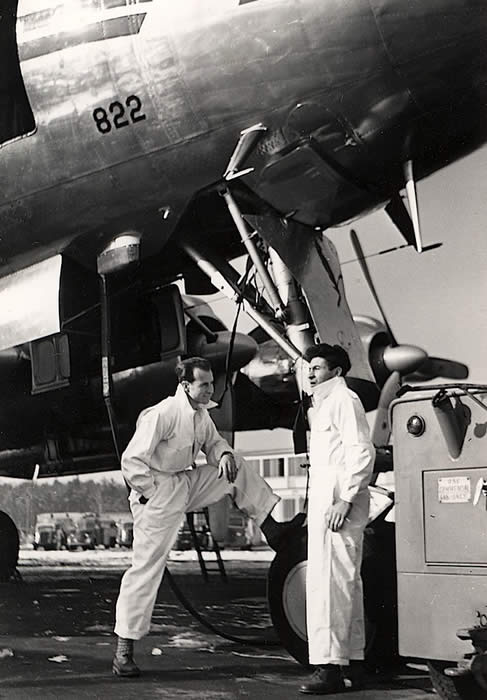 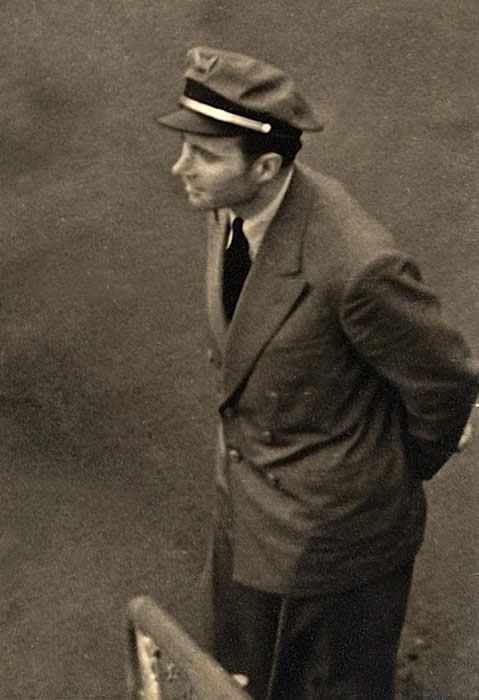 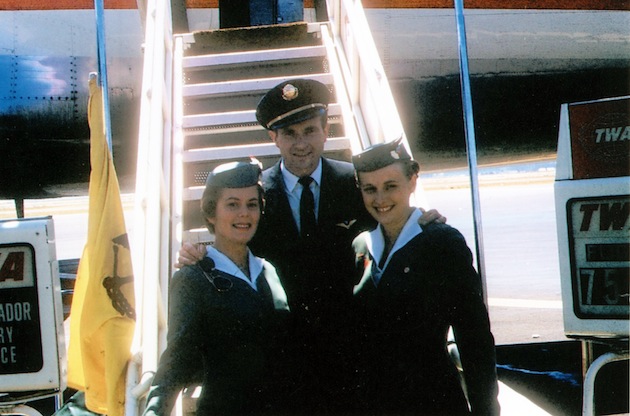 Guenter and two hostesses (names?), probably late in the trans-Atlantic Connie days, as 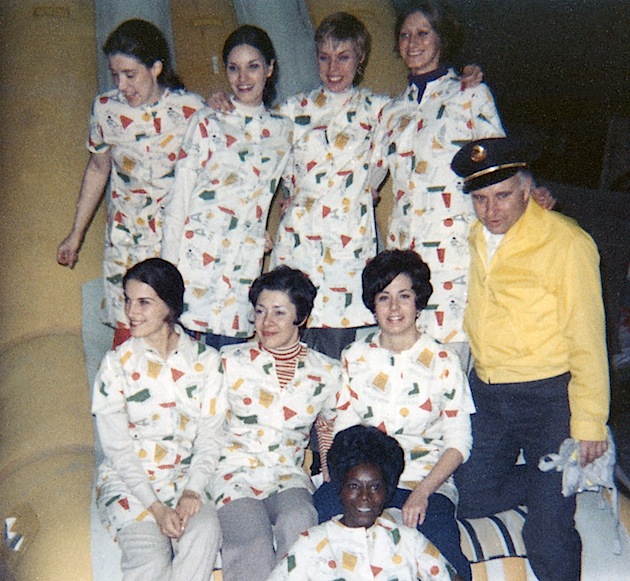 Can anyone fill in the missing names? 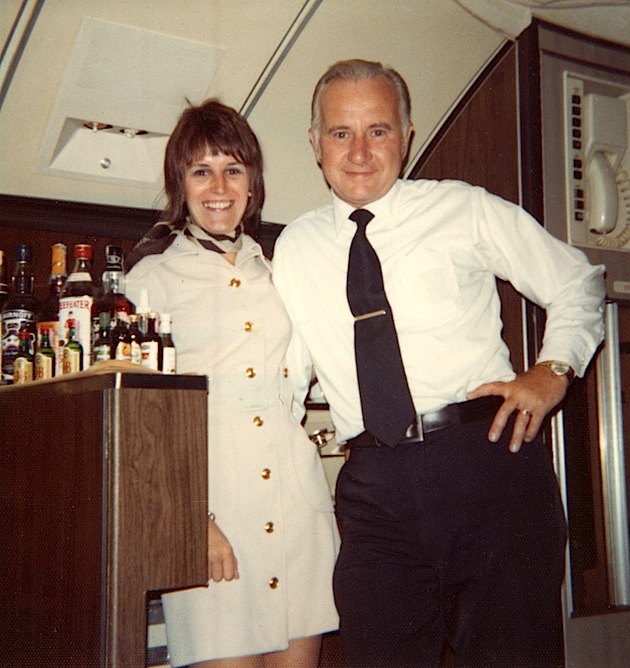 On the 747 upper deck lounge; who is the flight attendant? 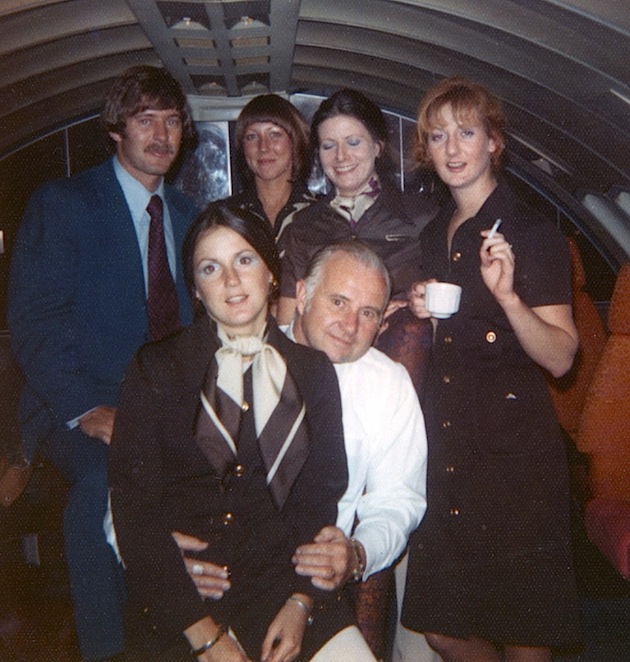 can anyone identify the flight attendants? 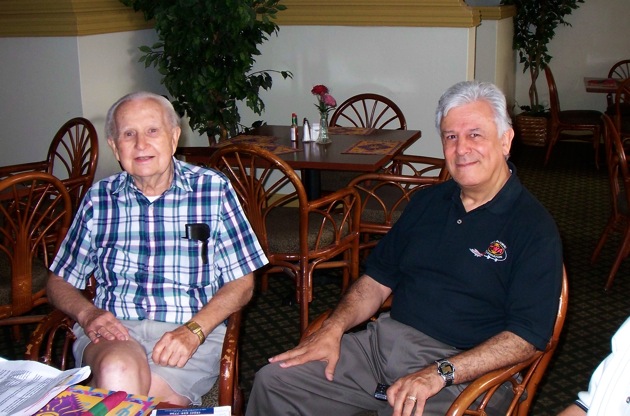 September 2007 - Left, with Gil Bernal at the Tucson reunion.