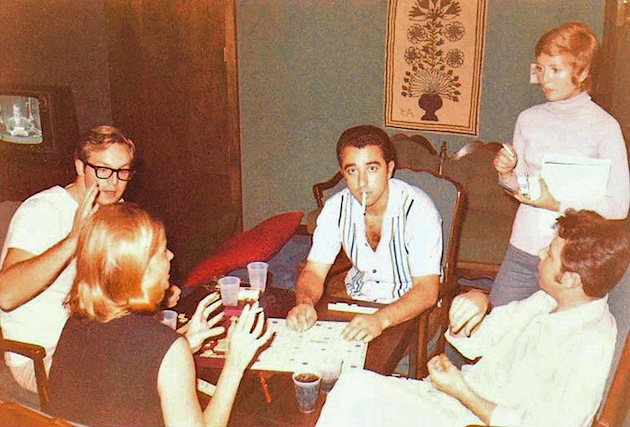 September 1970 - During a nightly game of Scrabble while in DCS training: Bob 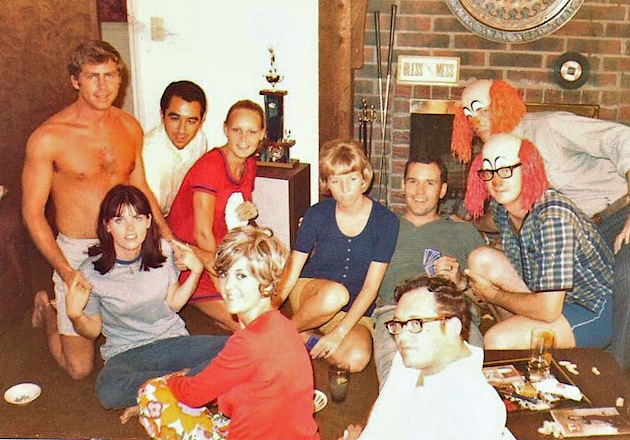 Ed Clements and Tony on the left, Lance Neward and Bob Greene the clown 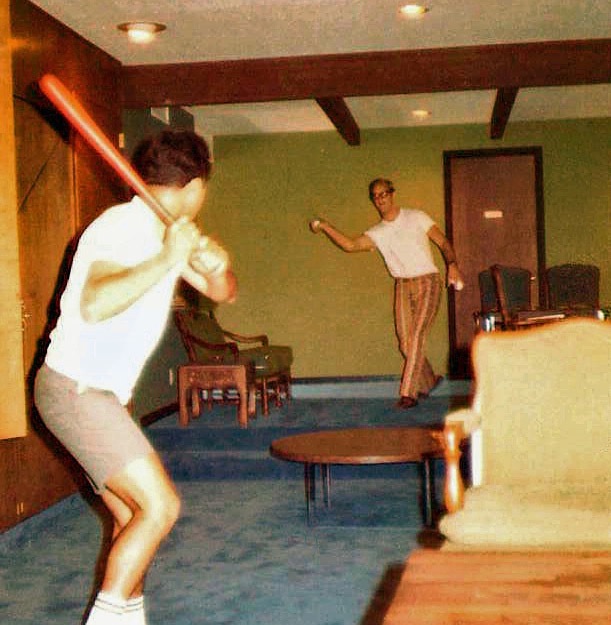 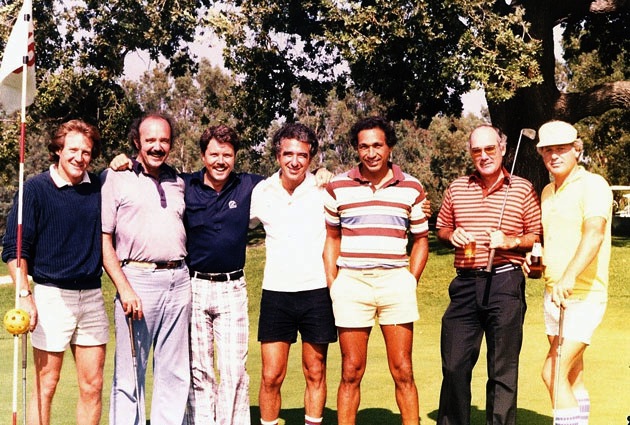 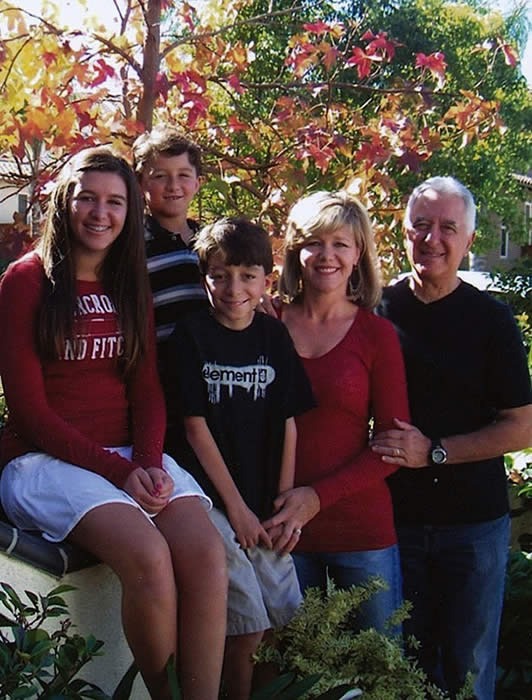 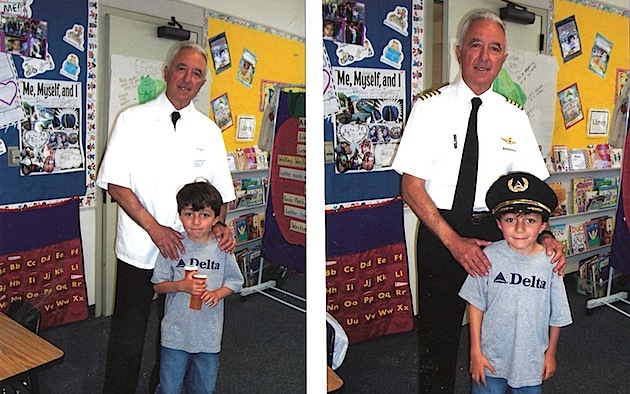 2010- Tony and son Anthony at school, where Dad talks to kids about pharmacy and aviation careers.