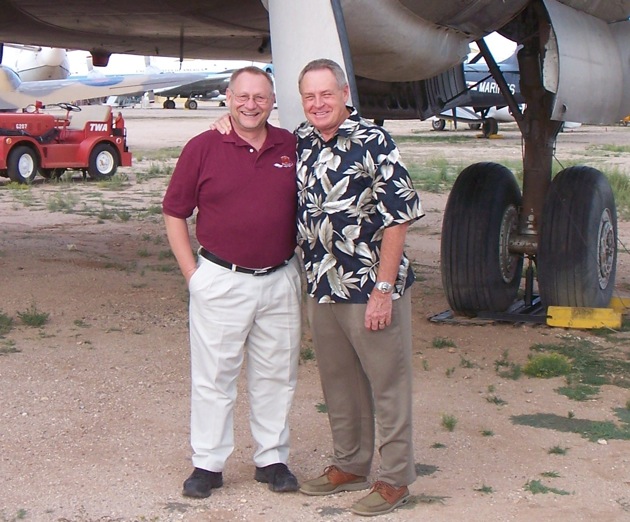 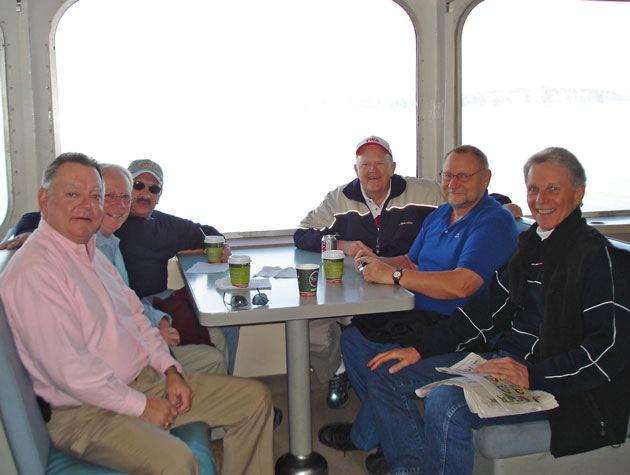 October 12 , 2008 - A bunch of the boys were whooping it up ... L to R: Mike Hagan,
Tom Donahue, Jerry Warkans, Jon Proctor, Svein and John Bartell relax aboard

the Washington State Ferry, en route from Seattle to Bremerton for sightseeing and 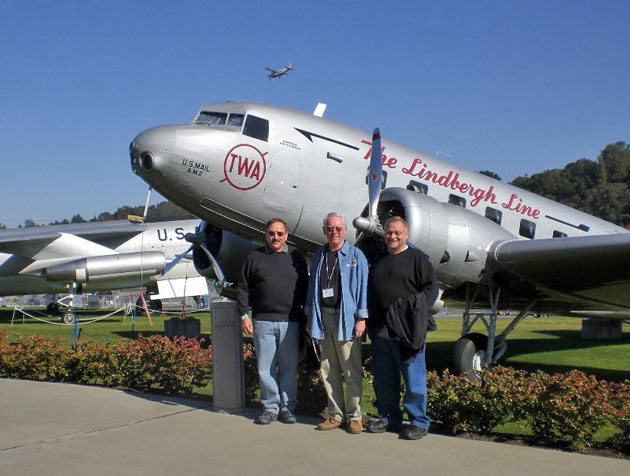 During the same weekend, Jerry, Tom and Svein pose in front of a beautifully restored
DC-2 at Seattle's Museum of Flight. 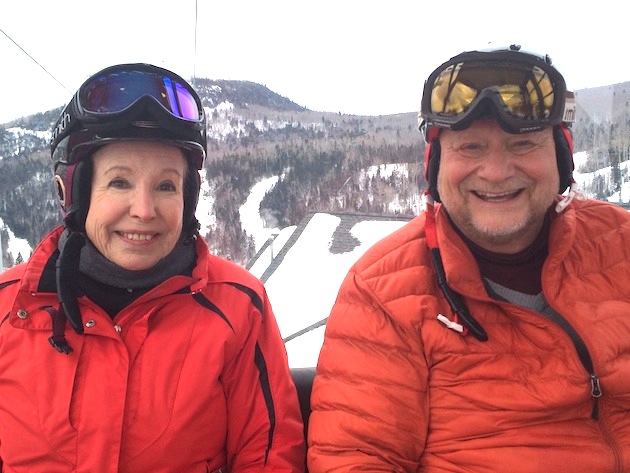 March 3, 2016 -Fellow alum Terry Anderson Wood joined Svein and his friends for a day of skiing at Lutsen Mountains in Minnesota.