Summer 1973 - A "Madrid 747 Crew" walks in the footsteps of Hemingway with Don Fleming at Casa Botin in Madrid. Sandy Sias, Jewel Ford ... identities of others fall to the ravages of an aged mind.

October 2004 - Don and Linda (right) with Bob and Jackie Chase

at the DCS reunion in Kansas City. 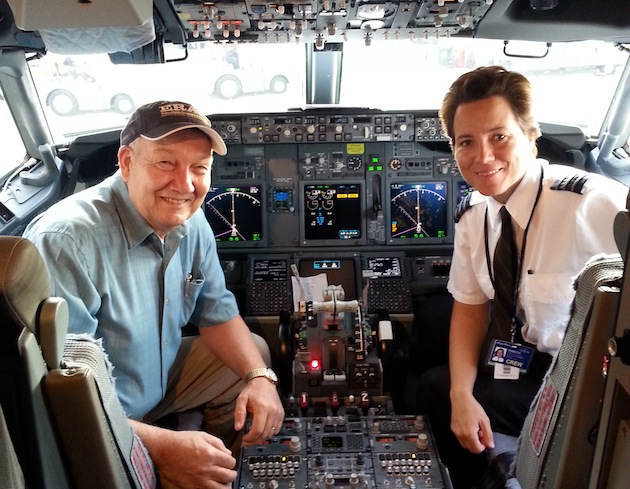 April 2014 - Proud father Don got to ride from Seattle to Philadelphia with daughter
Rebecca, an Alaska Airlines pilot, and pose in the cockpit after arrival. Don reports that
she was "doing the driving!" 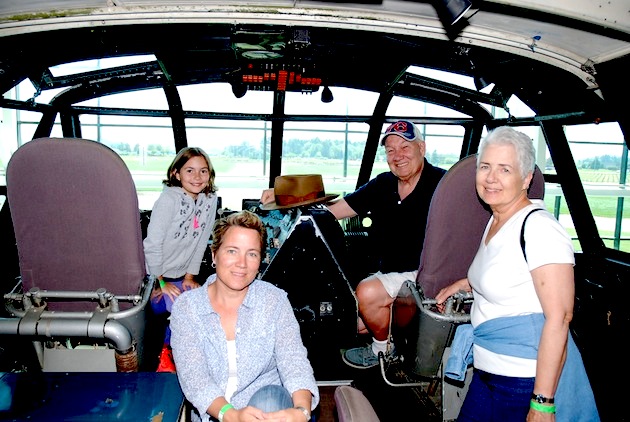 Spring 2015 - Don and Linda, right, with daughter Rebecca and